The first part of my writing career began by updating a computer book bestseller, The BASIC Handbook. This tome served as a lexicon for the various BASIC programming language dialects, allowing users from one version of BASIC to translate and use code from another version. 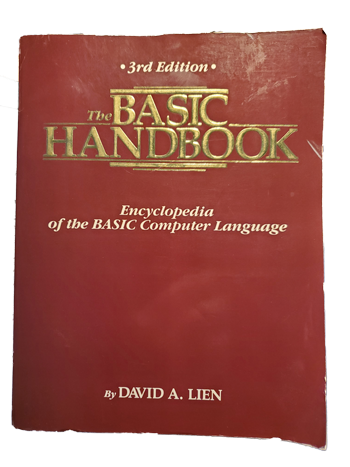 One of the more interesting parts of the book included BASIC code in the form of a generic algorithm. You could use the algorithm in case your version of BASIC lacked a command available for other versions.

For example, if your version of BASIC lacked the absolute value command, ABS, you could write your own. From the book:

Generally speaking, C programmers are familiar with this book’s approach for missing functions. C lacks many of the higher-level functions of other languages. So programmers write their own. In fact, sites like https://stackoverflow.com/ are rife with examples of “missing” C language functions.

Still, it’s intriguing for me to read algorithms that handle functions we take for granted. One of these mentioned in the book is the square root command.

From The BASIC Handbook, if your version of BASIC lacked the SQR (square root) command you could substitute the following code:

Again, this code has a boner in it: Line 30150 will never be interpreted. I believe the implied GOTO at Line 30030 should branch to Line 30150, though it instead goes to the RETURN command at Line 30160. Whatever. Because most versions of BASIC implemented the square root (SQR) command, no one probably ever used this code. I’m not even certain the testers ran it. I don’t remember.

Anyway, I thought it would be fun to translate this code into C just to see whether it works. After all, code is code; a lot of what’s written above translates directly into C. With a few modifications, I’d roll my own sqrt() function. Wouldn’t that be grand?

As it turns out, the thing didn’t work. I won’t even bother posting my code because the algorithm, at least as I translated it into C, died in an endless loop. The BASIC code above is most likely flawed. Pity.

Not one to give up, I decided to craft my own square root function. I’d start from scratch, determining how a square root is calculated in the first place — well, other than using a calculator, which is probably what I was taught in school.

I explore how to calculate a square root in new week’s Lesson, where I introduce my square root substitute function.

One thought on “Getting to the Square Root of the Problem”