It’s uncomplicated to use math to cleave the integer and decimal portion of a value: Changing the data type of float 123.456 into an int creates 123. The rest of the operation is just math.

Splitting the value as a string involves converting the real number into a string, then hacking off the integer portion or any text to the left of — and including — the decimal. So the string:

The function that does the heavy lifting here is snprintf(). This cousin to printf() sends its output to a buffer instead of standard output. The n in the function name indicates the buffer size, which makes this cousin better than the sprintf() function it replaces. The only caveat is that the function is non-standard, so it’s unavailable in some compilers. (Read more about snprintf() here.)

To place the decimal value a into char buffer with length size, the following statement is used:

Once the float value is converted into a string, a loop processes the characters, plucking out only those that follow the decimal. Two buffers are used for this process, as illustrated in Figure 1. 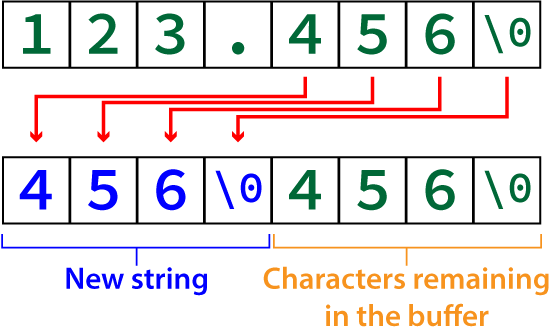 Figure 1. Copying the fractional portion into a new buffer.

Another approach, one that my memory-stingy programmer upbringing encourages me to try, is to copy the data within the same buffer. After all, the string’s decimal portion is unnecessary, and the %f conversion character is configured by default to prefix 0. to any fractional value. This approach is illustrated in Figure 2.

Figure 2. Copying the fractional portion within the same buffer.

The following code includes the decimal() function, which returns a string representing the decimal portion of an input value. It uses the technique illustrated in Figure 2 to process the string.

Variable buffer is declared as static at Line 6 to ensure that its contents aren’t discarded when the function returns. The snprintf() function at Line 9 converts float value a into a string in buffer.

The while loop at Line 12 locates the decimal within the string, the dividing character between the value’s integer and fractional part.

A second while loop at Line 18 moves characters from the fractional part forward.

Line 24 caps the new string, truncating the old string, as illustrated in Figure 2.

A problem occurs due to precision, as the decimal portion .456 appears as 0.456001. I suppose you could deal with the digital detritus, though doing so it’s part of this code. Effectively, the decimal() function returns the fractional part of a real number as a string.

3 thoughts on “From Decimal Value to a String”