This month’s Exercise may not seem that difficult, especially given the variety of grid challenges and dimensional array lessons I’ve posted on this blog. Obviously, you need a nested loop. The tough part, however, is generating the grid of alternating colors. 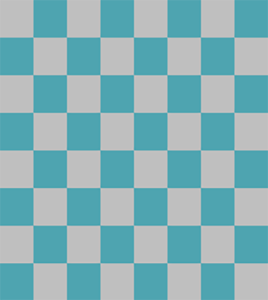 Figure 1 shows the desired output, using my two defined colors listed in the Exercise post, cyan and white. The trick is to alternate the odd-even rows as well as the odd-even columns to generate this checkerboard pattern. For this type of decision, I use my old pal the modulus operator: x%2

The result of x%2 is TRUE for odd values, FALSE for even. This expression is key to determining the chessboard’s color values. And because a grid pattern is desired, the operation must be performed for each individual square. Here is the code for my solution:

SIZE sets the chessboard’s dimensions, which you can adjust later to confirm that the grid pattern holds for any size chessboard.

COLOR_OFF is required to disable text coloring at the end of each row. If you forget this ANSI code, the final square’s color bleeds over the rest of the line. (Re-read my ANSI Lesson.)

I made chess_board() a function as it’s used in my Knight Moves series and called as such. In my solution, it appears in the main() function as the sole statement before return.

Within the chess_board() function, int variables row and col map out the chessboard grid. Each for loop uses defined constant SIZE to set the game board’s width and depth.

It appears like the two sets of decisions are parallel, but they’re not: The COLOR_WHITE and COLOR_CYAN literals are swapped between lines 19-21 and lines 26-28. The effect is the checkerboard pattern, ensuring that each row and column combination are sequentially different.

At the end of the column loop, the COLOR_OFF code is output, restoring the terminal’s colors.

The code’s output is shown in Figure 1.

I hope your code met with success, and that the output matches mine. This type of chessboard is more useful than using hideous ASCII characters to map out a crude grid, as shown in the Exercise post. Lessons throughout this month employ this program’s output to plot the way a knight moves on a chessboard.